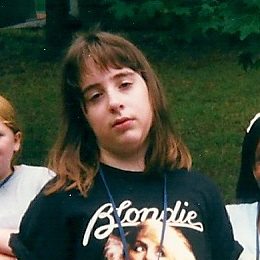 (Me on a 5th grade field trip to the zoo. It was incredibly hot, and we were taken to a cemetery on the zoo property. Hopefully that explains my look of optimism and wonder.)

As with every post it seems, I’m going to begin this one with “I should’ve written this earlier.”

I’ve been home from college for a week and a half! My favorite spot and time of day is my childhood bed, and mid morning when I’m coherent enough to function after one cup of coffee. Squirrels are trying to make a spot in my parents’ attic, and it’s driving me insane. I’m waking up at various parts of the night to insane racket, afraid that they’re going to fall through the ceiling. It’s probably because of some irrational childhood fear. I guess if that is the only irritation I’ve got, then I’m doing pretty good.

“They” (the various essays and articles I’ve read about moving back into your parents’ house) say that it’s pretty common to regress a little once you come home. I feel more comfortable than I was before in general. I’m enjoying the little things that come with “home.” I’m binge watching Netflix episodes, and reading lots of books in my grandmother’s new chair. It’s so nice and I’m feeling so relieved after a tough end to the semester.

I’m not *that* comfortable though. I think a lot about what is next on my agenda. I need to get a job, an internship, and figure out my transportation situation. I need to make a full on transition into living in Nashville, and I’m kind of wigging out about it. I’m excited, but I’ve always been someone who needs to have a little bit of a plan ahead. I’m trying to become a little less dependent on details, but it’s been a struggle.

I have six hours left of school before I graduate. Many people have told me that I just need to concentrate on finishing school before I tackle the “bigger stuff.” I’m beginning to wonder if I’m being advised to ignore the prospect of planning ahead; that’s gotten me in a bit of a bind before. I know that it is good to figure out some goals and accomplish them one at a time. I’m a little angry at the concept of goal accomplishment right now. I didn’t accomplish my biggest goal of 2016, so I’m not putting much stock in anything I want to accomplish during the new year.

Not everything has been bleak and difficult! I’m working on saying “yes” to any sort of opportunity or activity that comes my way, because I’m hoping that situations will lead me to any opportunity to get out and explore a bit. I’ve also had the desire to get creative again. I used to write like it was nobody’s business (and a lot of times, it wasn’t. ha ha.) I would write lots of poetry and try to capture every single thought that passed through my head. That is what is keeping optimistic during this time of transition and wonder for the next step. Who really knows?

Taylor Hodgkins is a freelance popular culture writer based out of Bowling Green, KY, who spends her time writing love letters + tributes to her favorite pop culture of yesteryear. When she isn't writing, you can find Taylor listening to 80's college rock and petting her cats. She's probably eating a baked potato, too! View all posts by Taylor Hodgkins